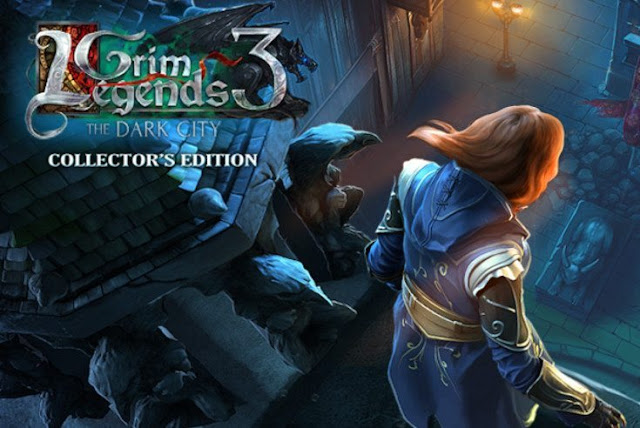 Grim Legends 3: The Dark City
Platforms: Steam and Xbox One
Developer: Artifex Mundi
In Grim Legends 3 you play as Sylvia a member of a secret Order put in place to stop Monsters and guarding a powerful Incarceri Stone.She must gain her memory back which she lost some time ago on a mission, while trying to recover the stone from a evil Wraith named Koshmaar. She must travel to Lichtenheim with her leader , and try to recover the stone, and save the world.
Artifex Mundi just delivers another solid ending to a trilogy here. everything is just spot on from the music, to the art, and it is just loaded with puzzles. This time around they even make you have time limits and go mistake free to get your achievements. I know a lot of achievement hunters might not like this because Artifex Mundi is known for being a easy 1000 points or trophy, but this time around you can miss a lot of them on your first play thru. I don't mind this so much, it gives it more replay value. I only missed one on my go, and I'll go back and get it later.
I think these may be some of the best puzzles, and most challenging in a Artifex Mundi game to date. I really enjoyed that. I think this may be one of the games with a better art style as well. It really made me want to see a animated movie based on this title. I enjoyed really everything about this one. It is one I really do look forward to going back to again soon. The Pirates one is still my favorite , but this is certainly in my top 5. Only thing missing was a companion like you usually get in your Artifex adventures.
Pros: Beautiful artstyle
Mesmerizing music
Challenging puzzles
Fun Achievements
Great ending to a story
Cons: No Little Companion
Ended to soon
Overall: 7.6 One of the best hidden object games to date, Artifex Mundi really brings another great series to a end with beautiful art, and a well written story.
Posted by GamerGuysAndGals at 9:46 PM No comments: 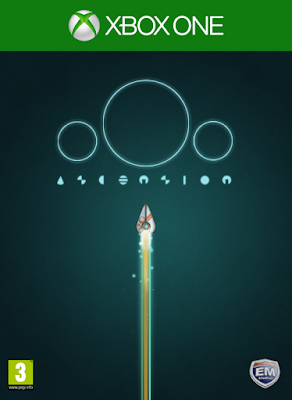 Posted by GamerGuysAndGals at 12:11 PM No comments:

"Emily Wants To Play Too"

"Emily Wants To Play Too"
Platforms: Xbox Box One/PC/PS4
Developer: Shawn Hitchcock
Publisher:Skhapps
Didn't know what to expect going into this one. Had played and loved the first installment, but this one looked so different. After playing it it was different really different, but in a good way. Even though it had the completely heart attack worthy jump scares of the first game, it mixes the rest of the levels up quite nicely. Some levels have you playing hide and seek with the dolls. Some levels have you playing freeze tag. Some just have you running for your life. It is really a nice blend of different and fun activities. It changes every hour, and there are clues to let you know what you are doing that hour.
I really enjoyed my time with this one, I think even a lot more than I did the first one.I don't think this one is as difficult as the first, and the achievements are fun and easy to get. I remember wanting to break things the last hour of the first game, this one I really didn't struggle as bad. Really freeze tag might have been the hardest, but even that one I did it within the first 20 tries.
There are new dolls, and they are just as or maybe even creepier then the originals. The originals are still there though. here is a list of them, and what they do. We will start with the originals, and post their changes.
Kiki the Porcelain doll with the black dress: She is pretty much the same. if you spot her and look at her over time she will disappear. If you can't find her or have your back to her she advances. If you don't find her in time she of course attacks you .
Mr. Tatters the clown has changed though. This time around he plays green light red light with you. You can move towards him to tag him to make him go away as long as the light is green. Once it turns red you can not move. If you move while red he instantly gets you.
Chester the ventriloquist dummy is by far the worst in my opinion. When he shows up you see him , and hear him screaming. You have to run. You can't let him catch you or he gets you. He always shows up at the worst time it seems, but he will give up chasing you over time.
Max the Mannequin is without question the easiest to take care of you just put your flashlight on him and he goes away. I don't think he maybe got me the whole game, but like on the final hour.
Weasel is a pain if you don't find his box. He is a Jack in the box that plays music, and you have to click it before it stops or he jumps out of it ,and runs you down. he is really fast and near impossible to get away from.
I can't remember the name but there is also a burned baby that walks around saying MaMa she won't come after you unless you are running. If you run she does to so if you take your time so does she.
And of Course Emily the leader she really doesn't show up in attack parts, mostly she is worst in the freeze tag segments, because she unfreezes the people you have already tagged. There are a few sections where you just have to find her hiding as well.
The game is really fair, and fun. There are only a few spots where it was impossible to escape. Like where Chester showed up during a red light segment, and I had to move. The first game really was a lot worse with that especially the last hour. I really do recommend this game to streamers, and horror fans. It is really a blast. It is one of those games that will take up a decent stream of 2 to 3 hours and your fans will enjoy seeing you jump. I really look forward to another one soon.
Pros: Loaded with scary and hilarious jump scares
Cool doll creations
Plenty of different play styles
Fun Achievements, and hidden objectives
New Creepy setting, and dolls
Cons: Just wish it was longer, nothing bad to say really.
Overall: 8.0 Hours of jump scares, and creepy fun. A must try for all horror game fans.

Posted by GamerGuysAndGals at 9:50 AM No comments: